Researchers at Sweden’s Karolinska Institutet and the University of British Columbia, Canada, have identified a gene variant that influences whether Huntington’s disease breaks out earlier or later than expected. The findings, which are published in the scientific journal  Nature Neuroscience , can contribute to improved diagnosis and disease-modifying therapies.

A typical symptom of the inherited, progressive, neurodegenerative Huntington’s disease is involuntary movements. While the symptom normally debuts in middle-age, there is wide individual variation in how the disease manifests itself, and even though two people carry the exact same genetic mutation that codes for the so-called huntingtin protein , there can be up to a 20-year difference in onset. Scientists have now discovered a small genetic change just outside the huntingtin gene that exchanges one base in the DNA molecule for another and that they think plays an important part in this phenomenon.

“We’ve identified for the first time a gene variant that affects the onset of the disease,” says lead author Dr Kristina Bečanović from Karolinska Institutet’s Department of Clinical Neuroscience. “What’s interesting is that we managed to show that it can both delay and accelerate the development of the disease depending on which gene copy it sits on.”

Most people who develop Huntington’s disease have a normal and a mutated huntingtin gene. In the present study, the researchers found that when the gene variant was on the gene copy coding for the normal huntingtin protein, the patients developed motor symptoms on average four years earlier than expected; on the other hand, the gene variant had a protective effect when sitting on the gene copy that codes for the mutated protein, which is toxic for the brain. These patients developed their motor symptoms on average ten years later than expected.

The researchers also found that a transcription factor, NF-kappaB, activates the huntingtin gene, but also that the gene variant makes it harder for NF-kappaB to activate the expression of huntingtin. The study suggests that the gene variant therefore leads to lower levels of the normal or the mutated protein depending on which gene copy it sits on, and that this explains the differences in disease onset.

“Our findings are extremely important to the development of disease-modifying treatments, which not only reduce the symptoms but also protect the brain,” says Dr Bečanović. “For example, much research has gone into silencing the expression of the huntingtin protein, something that will be tested in patients within the near future. Our work is the first to support the claim that this type of therapy could help people with Huntington’s disease by slowing the progress of the disease.”

“The study offers a smorgasbord of ideas for new therapies, and is the very successful outcome of a genuinely translational and international collaboration between preclinical researchers and clinicians,” says Dr Ola Hermanson , a senior scientist at Karolinska Institutet’s Department of Neuroscience and one of the co-authors.

The study was financed with grants from several bodies, including the Swedish Research Council, and involved researchers from Karolinska Institutet (Sweden), the University of British Columbia (Canada), Copenhagen University (Denmark), University College London (UK) and the University of Iowa (USA).

Karolinska Institutet is one of the world’s leading medical universities. Its vision is to significantly contribute to the improvement of human health. Karolinska Institutet accounts for over 40 per cent of the medical academic research conducted in Sweden and offers the country´s broadest range of education in medicine and health sciences. The Nobel Assembly at Karolinska Institutet selects the Nobel laureates in Physiology or Medicine. 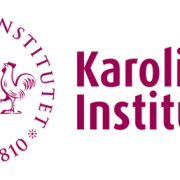 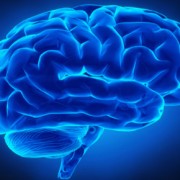 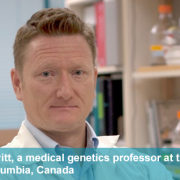